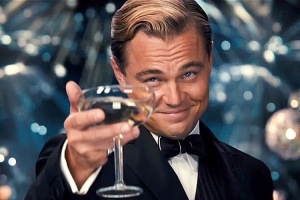 So this buddy of mine, Peter Stein, is one of the best hedge fund evaluators I know and I once asked him how he knew to steer far clear of Madoff?
“Sometimes, returns can be too good,” he replied sardonically.

But it’s never been that way in Silicon Valley, a sunny and magical land where risk-adjusted return is impossible to calculate since risk is perpetually dialed up to eleven.

And in a culture steeped in selling the impossible, sometimes things go a little too far, which reminds me of another thing Stein, a veteran of ‘80s Tokyo and ‘90s New York, once cautioned me about long-running bull markets:

When good times have been rolling for a while, capital gets cheap while time gets expensive. But as surely as the panic of FOMO eventually mellows to LIMTO — Lucky I Missed That One — these are the hours of shenanigans.

Indeed, an occupational hazard that we face is overexposure to lying and bullshit. And understanding the difference between those two is the subject of a great 1986 article, “On Bullshit” by Princeton prof Harry Frankfurt; he claims that a lie exists in the context of the truth; it just puts a negative sign in front of what’s real. After all, “it is impossible for someone to lie unless he thinks he knows the truth.”   Bullshit, in contrast, exists without any regard for truth: “the essence of bullshit is not that it is false, but that it is phony.” The bullshitter “does not care whether the things he says describe reality correctly, he just picks them out, or makes them up, to suit his purpose.” (Did Frankfurt perhaps gaze 30 years into his crystal ball and see a certain presidential candidate?)

On the other hand, I get to spend a lot of time with another type of fabricator: the Pollyanna.  Silicon Valley seems to be a magnet for them. While the liars and bullshitters that Frankfurt describes spin their webs to create an illusion of themselves in the world, Pollyannas don’t exist in the context of today’s truth, but relative to a vision of the World As It Might Be.

It seems like right now is one of those moments during which The World As It Might Be is starting to emerge. Someone once told me that the future takes longer to appear than you ever dream it will, but once it arrives, it happens really fast. The problem is that when things start moving quickly, people sometimes get sloppy and stop asking hard questions.

It’s no surprise then that during the last couple of years, we’ve seen the Absconding of Ifty, the Frolic of Rothenberg, and now the Invention of Asenqua. It makes one wonder: what else is out there that we haven’t caught? What other Gastbys are hiding in plain sight?

One thought on “In the Time of the Gatsbys”