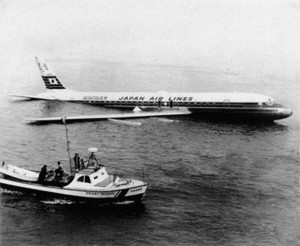 As I crank up some posts (and other cool content) over the coming weeks, I thought I’d take the dog days of summer to repost some of my favorite stuff from years past.

I was inspired to look back to the story of Captain Asoh by Bessemer’s recent updates to its anti-portfolio.  I’ve always loved the honesty of BVP’s reflections and admire them for being so vulnerable in what can be such an ego-driven business.  Warren Buffett often says that there are no called strikes in investing, referring to the practice of a batter letting an unpalatable and often inconsequential pitch go by.  But in VC, our called strikes can feel like a called third strike.  With the bases loaded.  In the last inning.  Of the World Series.

But I digress.  I spend a lot of time thinking about choices . . . the choices I make and the choices that entrepreneurs and VCs make.  Of course, not making a choice is a choice in itself.  What sometimes surprises me is how un-intentional people are about their choicefulness and how little ownership they take of choices (and outcomes) as a result.

A few weeks ago, a local TV station aired a news story about a mostly-forgotten plane crash, the May, 1968 unintentional ditching of JAL Flight 2 in San Francisco Bay.  After an uneventful flight from Tokyo, the nearly-new DC-8, nicknamed “Shiga,” was on final approach to an overcast SFO.  Captain Kohei Asoh, a veteran pilot, guided Shiga’s descent through the low-hanging clouds.  But planning errors, equipment unfamiliarity, and miscalculations conspired against the crew.  Dropping out of the fog, Shiga was lower than expected and about to crash into the foam-flecked bay just below.  By the time the First Officer cried out, “pull up!” and Captain Asoh applied throttle, it was too late.  The landing gear had struck the brackish water and the plane lurched to a halt, the wheels coming to rest in the muck seven feet below — two and a half miles short of the threshold of Runway 28 left.

Remarkably, no one was hurt and some passengers had no idea that they had landed in the water until the evacuation began.  And even then, the de-planing was so uneventful that most folks didn’t even get their feet wet.  But for me, the best part of the story was popularized by management guru, Jerry Harvey (author of the Abilene Paradox): when Captain Asoh was called before the Transportation Safety Board, the inquisitors opened by asking how an experienced pilot flying a sound airplane on a straight line to an unobstructed runway in generally benign conditions could land in the water miles short of the field?  Offering an answer that resounds across the ages in its clarity and honesty, the Captain replied, “as you Americans say, ‘Asoh f@#%ed up.’ ”

Fast forward 40 years and compare Captain Asoh to the bellyaching finger-pointers that were in the cockpit of the Northwest flight that overflew Minneapolis.  And the public nature of Captain Asoh’s taking of responsibility stands in stark contrast to the recent (ahem) screw-ups of Tiger Woods.  Look, I’m not a moralizer or a scold — I grew up in the anti-role model era heralded by Charles Barkley and Ice Cube — but Tiger, dude, you make your living by having people look at you; you get paid because people watch what you do.  I’m not sure you get to flick that switch off by pleading for privacy.  Even if you ask, “pretty please.”

And what does this have to do with investing?  Recently, I was talking to a buddy who’s a GP at an LBO shop (this conversation was explicitly cleared for the blog on the condition of vagueness — I should note that it’s not a group in which I’m an investor).  This GP bemoaned the fact that his LPs had seemingly thrown in the towel on his troubled fund; turnout had been sparse at this year’s annual meeting and some investors had stopped returning phone calls.  He insisted that they had Great Stories of Progress to tell for each of their troubled portfolio companies and that if they could just convey these stories to LPs, all would be well.  How, he asked, could he communicate the exciting stuff afoot?

So I asked him to test drive some of the rap on me.  After a few tales larded with lament over difficult (but improving!) end markets, missteps by (recently replaced!) management teams, and (impossible to please!) crabby lenders, I asked him how many times they’d screwed up in the fund?  Now I don’t mean to be harsh, but here’s what I heard for the next 90 seconds: “excuse excuse excuse blah blah blah excuse excuse excuse blah blah blah.”  No wonder his LPs have tuned out his firm’s fund, I told him; I’d just been handed a bagful of excuses devoid of any corresponding accountability or responsibility.  It was the first time I’d heard the fund’s story and I was already tired of it.

Look, LPs understand that business has been tough and even the tightest investment theses have been severely tested over the last 18 months.  We get that.  And we also know that investors are fallible.  It’s OK to make mistakes sometimes.  Really it is.  Sometimes even good decisions have bad outcomes and vice-versa (more on that next week).  Sometimes people are just unlucky or in the right place at the wrong time.  But when things head south, please be honest and straightforward.  (There’s no need to take things to an extreme and self-flagellate, like some GPs do.  There’s no joy in that for anyone.)  As GPs and LPs, we’re in a long term relationship — one that’s longer than many marriages.  An open, honest, transparent dialogue pays dividends in the long term.

So my GP buddy asked me for some advice once I climbed down off of my soap box.  The best I could come up with was, “just remember, it’s not the break-in that brings down the presidency, it’s the cover up.”  Sometimes, like Captain Asoh, you’ve just gotta say, “I f@#%ed up.”

One thought on “SuperLP Classics: DC-8s and Tigers and GPs! Oh my!”